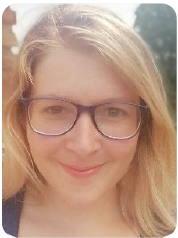 We are delighted to announce Isabelle Henin as the new Administration and Communications Officer at EPF. She took up her new role on Monday, 9th January 2023.

Isabelle is Belgian with an academic background in communications and in political science, with a focus on international relations. Her mother tongue is French, she speaks fluent English and German and she has a working knowledge of Dutch, Portuguese and Italian.

Isabelle joined EPF from the Acolad Group where she was Project Manager for linguistic services.  Prior to that she was Communication and Events Assistant at EESC, the European Economic and Social Committee, a European Union institution.

Previous roles and internships include working in the EPP President’s office and being elected Secretary General of Belgian Youth Diplomacy.